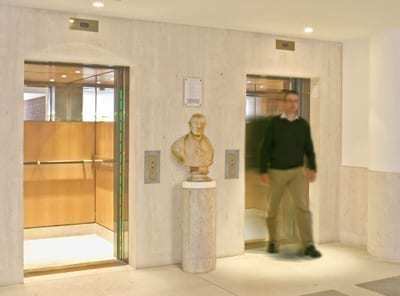 The Panachrome 3D lift door safety system from Avire has been installed in elevators throughout the British Library.  The Panachrome system combines a 154 beam, infra-red light curtain with coloured door indicators which alert passengers when the doors are opening (green) or closing (red).  The Ultraslim edges are IP65 rated and compliant with the Disabilities Discrimination Act.