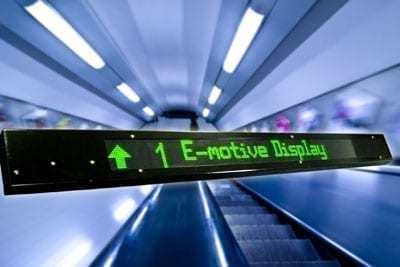 The displays have been, or are due to be, installed at Edgware, Hendon Central, Golders Green, Finchley Central, Wood Lane, Oakwood, Acton Town, Shepherd’s Bush and Stratford.