For more information about Avire’s products for the Maintenance and Modernisation markets, please contact your local sales office. 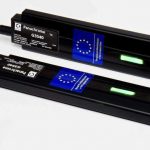