Home | The ABCs of Lift IoTs

The ABCs of Lift IoTs

As technology continues to develop and take over our every day, we are expected to know commonly used terms – but do we really know what they mean?

When it comes to the world of security and communications within the lift industry, discussions can quickly become very technical and full of acronyms that can leave many a bystander wondering what has just been said.

Hello from the other side

To help, we’ve put together this short glossary of key terms commonly used in lift parlance, so you don’t get caught out next time someone says: “we’ll need a 4G M2M SIM card for the GSM as it won’t recognise DTMF after the digital switch!”.

Stands for Publicly Switched Telephone Network. It is the worldwide voice telephone network. The PSTN line is the conventional analogue telephone line that allows an emergency telephone to call.

Means Dual-tone multi-frequency and it refers to the tones that are heard when you press the buttons on a touch-tone telephone, which allow you to send data via PSTN. DTMF assigns a specific frequency (consisting of two separate tones) to each key. This is also the system that most emergency telephones use to transfer information e.g., background call information.

This is a network element that performs conversions between different coding and transmission formats. The gateway does this by having many types of commonly used transmission equipment and / or circuits from different carriers to provide a means of interconnection.

The Global System for Mobile Communications is designed to transmit voice and to replace a PSTN line.

Stands for General Packet Radio Services and it refers to a communication system that allows inexpensive reliable data and voice transmission.

A Universal Mobile Telecommunications System that represents an evolution in mobile network in terms of capacity, data speeds and new service capabilities.

This is the fourth-generation mobile network that provides even better performance than 3G.

If you’re keen to learn more about the evolution of cellular network types, you can find further information here.

Short for Internet Protocol, which is a packet-based protocol for delivering data across networks.

CANBus or Controller Area Network is a vehicle bus standard designed to allow smart devices (or nodes) to communicate. Designed by Robert Bosch back in the ’80s, it was firstly used by car manufacturers.

The bus is based on a serial transmission (digital data is sent bit by bit over time) using a differential voltage across a single pair of wires.

A roaming SIM is a mobile SIM card that will connect to more than one network within its home country. This means that if a network carrier goes down or a signal cannot be gained from one network, it will automatically switch to the next strongest signal from one of the other networks available. This means that you should never lose signal, assuming there is coverage by at least one network and provides maximum security of the connection. Most consumer SIMs do not roam within their own country and use one network- if there is an area that is not covered by that network, or that network fails, the signal is lost.

M2M, which stands for machine to machine, generally refers to communication between two devices, with no human interaction.

A Lift Monitoring System can provide important lift information including the position of the lift and the status of devices on the CAN Bus. 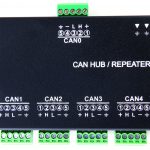 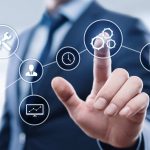 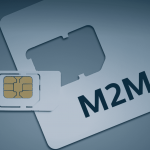